Death By A Thousand Cuts 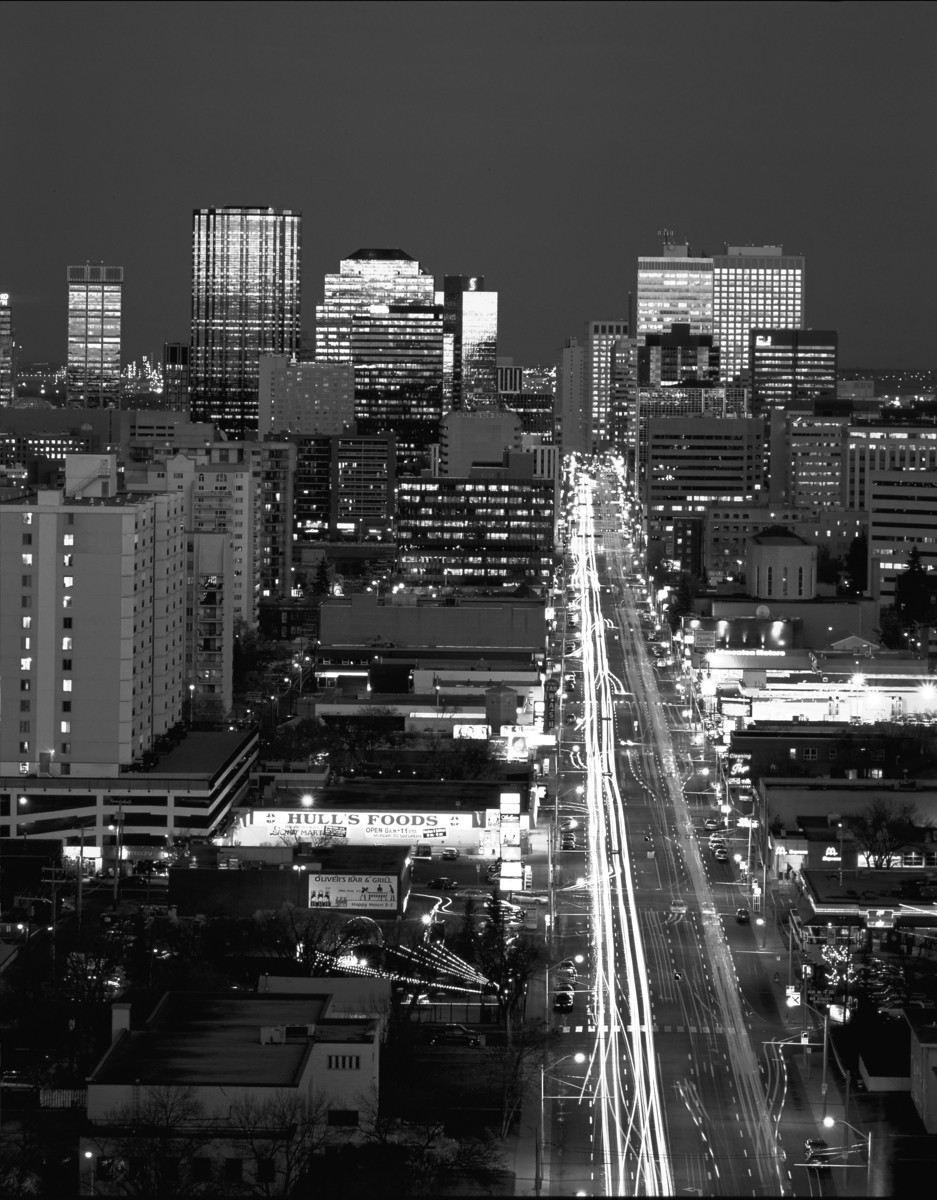 Back in the 1990’s, the residents of what is now Ward 9 used Keillor Road as the most direct route between home and downtown.  Because the north end of Ward 9 is an island, bounded by the river and the Whitemud Creek Ravine, Keillor Road was the most direct vehicle route.  But the road was woefully inadequate, was falling into the river, all that peak hour traffic was profoundly unfair to the residents of Belgravia.  Keillor Road was closed, and residents of the southwest were directed to make their way downtown by way of Stony Plain Road, 102 Avenue-Jasper Avenue, 111 street / 109 street or Gateway Boulevard.  The “end of the world” is actually the remnants of a retaining wall meant to hold Keillor road on the river bank.

In 1995, Edmonton’s population was 620,000.  Today it is 968,000 – a 56% increase.  Most of that growth has taken place in southwest Edmonton.  And of course, with that growth has come traffic congestion.  The Quensell bridge was rehabilitated and widened, but otherwise there have been no substantive infrastructure investments to help move people from southwest Edmonton to the University or downtown.  We did consider BRT to west Edmonton, and abandoned that plan.  We examined increased capacity measures on Terwillegar Drive three times, and are now looking at it again.  But that’s complicated and expensive, and we can never quite get going on improvements to that road.

The City of Edmonton and successive Councils have looked at the issue of congestion and infrastructure, and have decided that there will be no investments into roadway capacity increases inside the inner ring road.  The City’s goal is to build a more dense city, starting in the core, with infill and redevelopment initiatives.  We are going to serve that density with mass transit systems that move many more people, and supplement those systems with bike paths and walkways that allow different modes of transportation to be employed.

Arguably, however, that plan continues to ignore the needs of southwest Edmonton.  Our new neighborhoods south of Anthony Henday Drive, while much more dense, are profoundly deficient of transit services, commercial developments, child care and schools.  The way in which we are currently building new neighborhoods continues to reinforce the need to own and operate 2 or 3 cars per household rather than encourage people to move away from a car-dependent existence.

In the meantime, we continue to decrease capacity on those roadways designated to serve southwest Edmonton vehicles.  Stony Plan Road will have half the number of lanes when LRT construction starts.  The intersections along 114 street does not have the capacity to accommodate traffic, with no practical way to expand or improve them.  Calgary Trail still ends at a switchback at Saskatchewan Drive.  Bike paths have consumed two lanes on 100 Avenue.  And Jasper Avenue will soon be narrower.  For the car commuters of southwest Edmonton trying to get downtown, it is death by 1000 cuts.

I understand that the Jasper Avenue changes add “only 2 to 4” minutes to the travel time between 124 street and 109 street.  I am sympathetic to the needs of the residents of Oliver, who should not be subjected to overwhelming commuter traffic any more than those residents in Belgravia 20 years ago.  They deserve a walkable, livable neighborhood.  Conceptually, I support the Jasper Avenue changes.

And I support mass transit development.  Our city will continue to grow, and congestion and traffic and delay will grow with it.  We cannot build our way out of congestion, because quite simply, we cannot keep up to the demand.  A bigger road attracts more cars and simply “recongests” over time.  This is not sustainable.

But we are caught in a transition period.  And right now, we are not offering southwest Edmonton any transitional solutions.  We continue to build barriers to vehicle traffic trying to get to downtown, without offering a complementary or supplementary system to migrate to.  And some of the citizens of those impacted neighborhoods have told me they intend to stop trying.  They intend to move their businesses out of downtown, and take their employees with them.  In so far as we are building big new buildings, new people-centric districts, and creating a potential glut of office space, and further building a mass transit system focused on bringing people downtown, we might want to consider just how much roadway capacity we want to remove, and how fast we want to remove it.

Too many cuts too fast might just undermine our development goals rather than enhance them.  Through an economic development lens, I think this is a question worth considering.