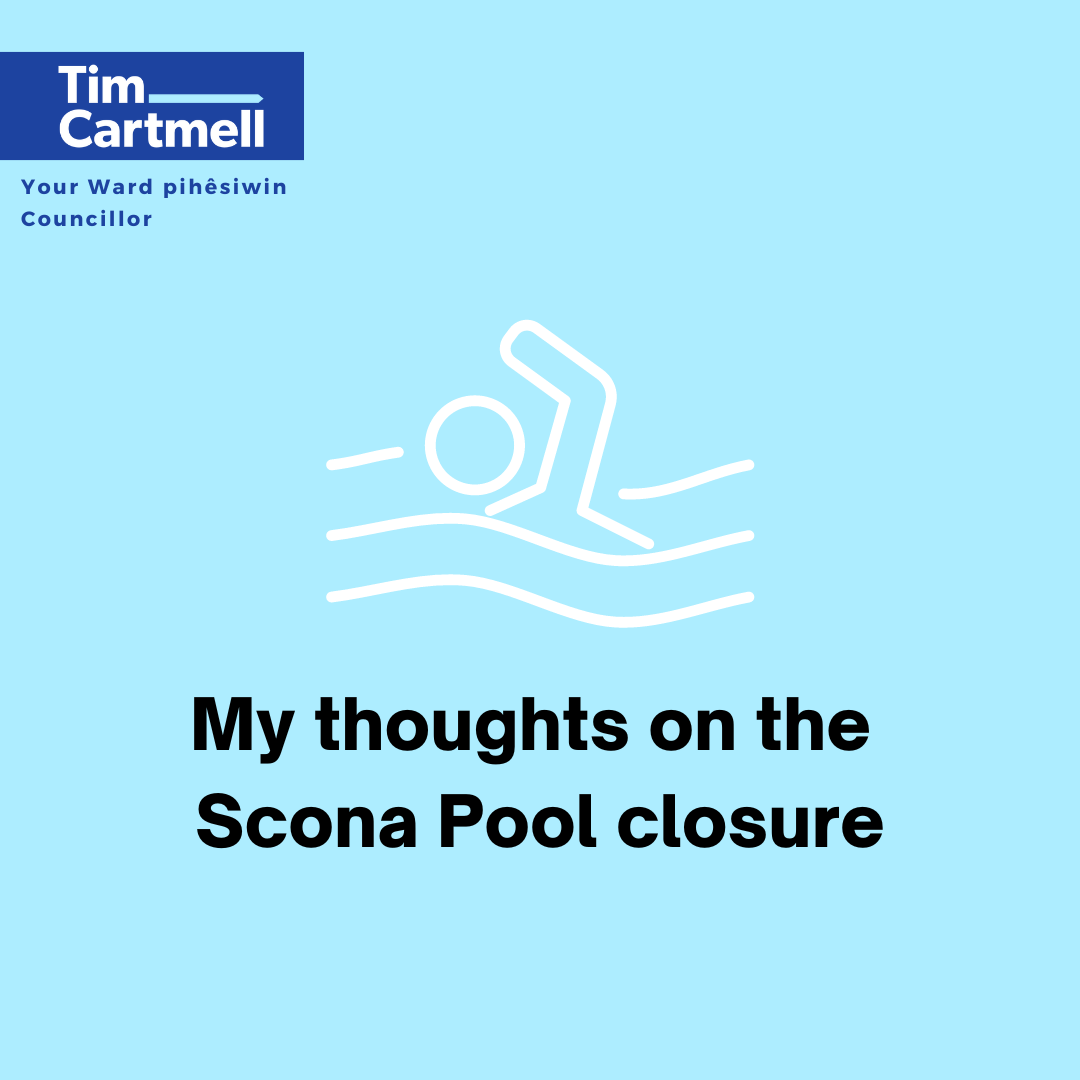 Much has been made that this closure reflects a lack of support at Council to replace a heat exchanger at the pool. And while replacing a vital piece of equipment is not as trivial as some have described, this is an oversimplification of the decision before Executive Committee.

In April 2022, Administration noted further and accelerated deterioration of the pool building.  A third party consultant was retained to complete a visual inspection of the building, and provided their report to Administration in July.  That consultant determined that, at minimum, $6M of remedial work was required to make the building safe. Administration reviewed and considered the report, came to their recommendation, and presented that recommendation to Committee at the earliest opportunity - August 24.

In the meantime, the heat exchanger failure occurred in May. As a stop-gap, the pool continued to operate, using the hot water heaters in the school to head the pool water.  While this potentially caused undue and accelerated wear and tear on the hot water heaters (they are not intended to heat a swimming pool), it worked for the summer months.  This approach is not sustainable in the winter months, particularly when the school is full of students, particularly in a building where the rook and walls are no longer capable of effectively holding the heat in a building.

In short, the heat exchanger failure was a coincidence.  A decision was once again required.  Spend many millions to extend the life of the building for 5-10 years, or close it and avoid that cost.  Continuing to operate what was essentially a building on the cusp of condemnation, with the safety and liability risks that have become increasingly obvious, was not a viable option.

In the recent past, City Administration has undertaken rehabilitation of Jasper Place and Hemingway pools.  In both instances, the budget and schedule were based on visual evaluations, and in both cases, both the budget and schedule were far exceeded once demolition and destructive exploratory work took place.  From my own experience, this is almost always the case in major renovation projects.

In very general terms, because Council has not made this decision yet, the general consensus was that $6M be put to better use - supporting rehabilitation of other assets that will have a much longer economic life, and / or investing in new amenities potential including the Rollie Mile Recreation Centre, to be built immediately adjacent to Scona Pool.

These are extremely difficult decisions.  No doubt, the students attending Strathcona High School will miss having a pool for the next few years, until Rollie Miles is built, and I completely understand and share the disappointment that comes with this outcome.

Ultimately however, I firmly believe this was the right decision.

We will have many more of these difficult decisions to come.  In the last 15 years, Edmonton has experienced significant growth, and the pressure to build more (new) amenities is high.  At the same time, we have many buildings that need replacement where significant reinvestment does not make financial sense.

As always, your feedback is welcomed regarding this matter or any other municipal concern. Please connect with my office by emailing [email protected] or calling my office at 780-496-8130. As always, I appreciate your feedback.