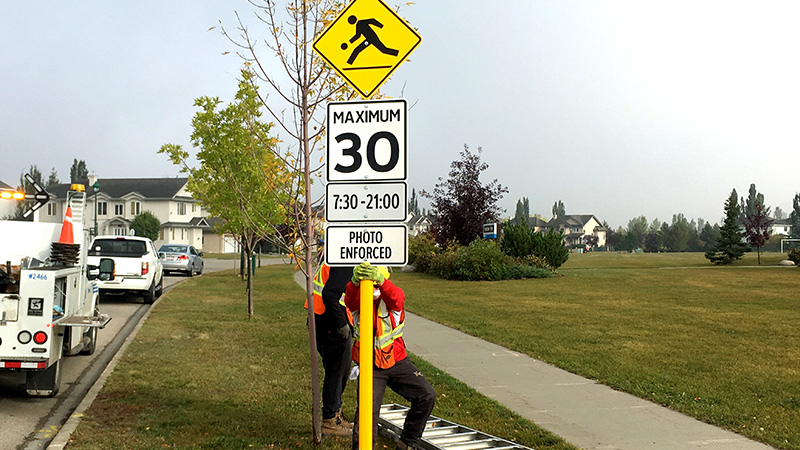 At the next Community and Public Services meeting on April 18, 2018, Committee Members will discuss playground zones, as well as residential speed limits.

My office has received a large amount of feedback surrounding playground zones since I became a Councillor in late 2017.

As I’ve said before, I share concerns that the playground zones system that was put into place is having negative unintended consequences for our communities.

For those who do not know the current rules surrounding playground zones, they are as follows:

30 km/h between 7:30am-9pm every day where playground zone signs are posted.

In my opinion, we need to take a more common sense approach to how and when playground zones are used in our communities.

I also believe playground zones should not be on arterial roadways, and they should not extend until 9 pm in winter months when the sun sets many hours earlier.

I want to hear your thoughts on how to address playground zones in Edmonton - do you support the status quo? Do you think the hours are too long, especially in winter months? Do you think we need to standardize speed limits across the board so that there is one speed for arterial, collector, and local roads, respectively?

If you’ve already taken the survey - thank you. And if not, please complete it here to give your feedback. If you have any further thoughts in advance of next week’s Committee meeting, feel free to send me an email at [email protected].