The Solar Farm in Our River Valley 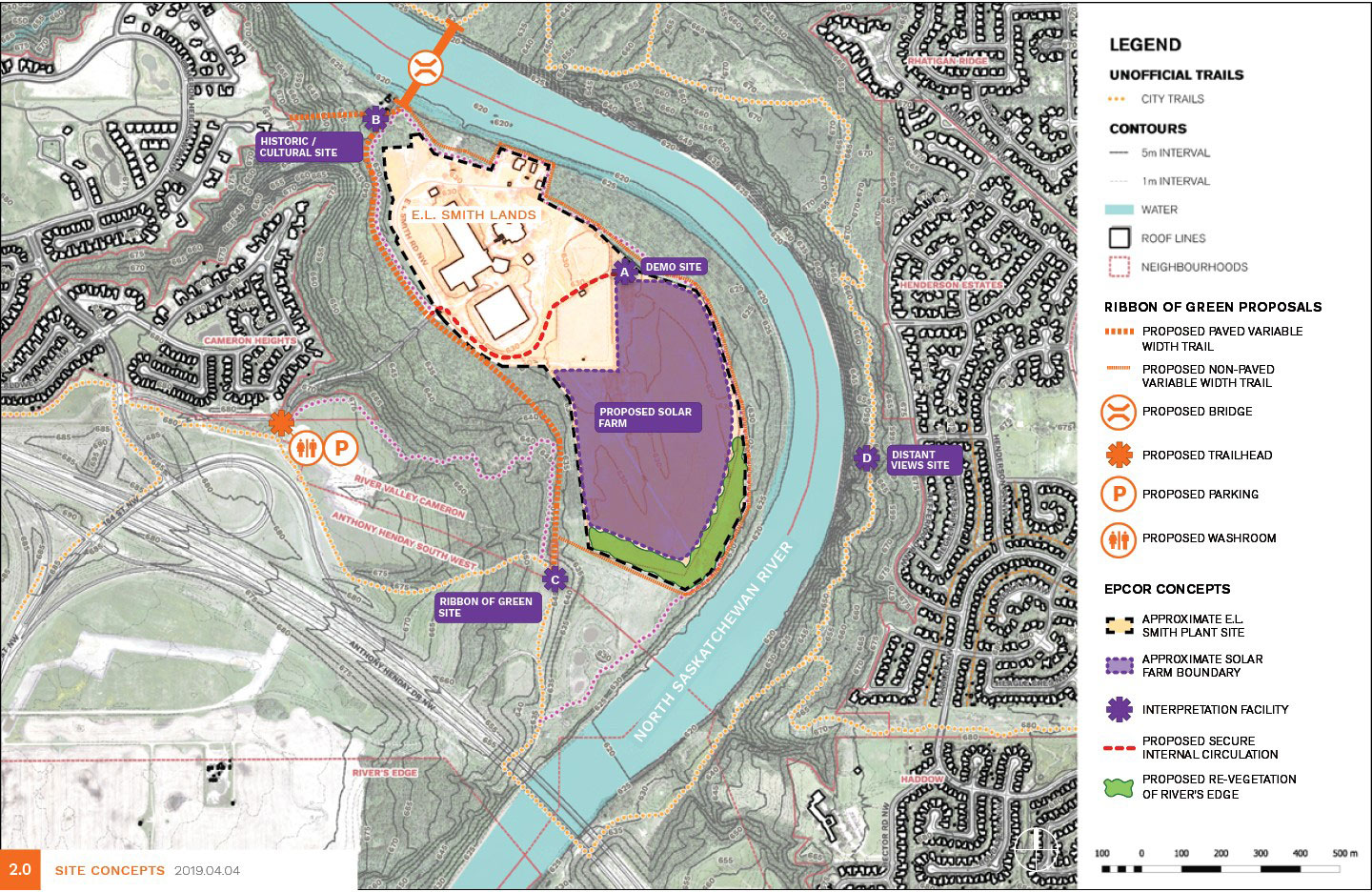 On October 19, 2020, the majority of City Council voted in favour of EPCOR’s application to rezone land adjacent to the water treatment plant to permit construction of a solar farm.  The vote was close at 7-6.  I voted against this application and would like to provide you with some context about why.

This was a complicated application.  But for me, it came down to a trade-off.  Was it worth sacrificing a portion of our river valley, however small, to keep our renewable energy investments “local?”  For me, it wasn’t.

A few years ago, Council’s Utility Committee approved a modest increase to water utility bills to allow EPCOR to find ways to acquire 10% of its electrical energy needs from renewable resources.  That approval included the following conditions: 1) that investment in renewable energy result in additional renewable power generation, and 2) that the new generation be local to Edmonton.  Simply buying energy credits was not preferred.  The Utility Committee’s approval was part of City Council’s overall desire to address climate change.

EPCOR returned to Utility Committee with several alternatives.  The least expensive alternative was wind generated power in southern Alberta which satisfied the first condition (new generation) but not the second (a local location).

Another alternative from EPCOR considered a solar farm near to, but not in, Edmonton.  That alternative would have required land to be purchased, transmission lines to be built, and connection of the solar farm to the power grid, all of which added cost to this alternative.

The solar farm adjacent to the water treatment plant was the least expensive project that would satisfy both conditions of additional renewable energy generation and being local.

In determining my vote on this project, I considered the following: Was it worth allowing a solar farm to be developed in the river valley, in order to keep our renewable energy investment local?  My answer was no.

Climate change is a global problem, not local.  It was clear to me that we could preserve our river valley AND invest in renewable energy in the form of wind power, at less cost, if only we suspended our condition that renewable energy investments must be within City limits.

With all of that being said, knowing that the project was approved by a majority vote and will proceed, we must turn our minds now to the positive aspects to this project:

My hope is that this project inspires other renewable energy projects, on land that is better suited for them.

One of the reasons why I ran for Council in 2017 was to be part of the discussion in determining priorities for our city.  While I didn’t agree with this outcome, I am grateful for the opportunity to participate in the debate.

As always, your feedback and input is important and valued.