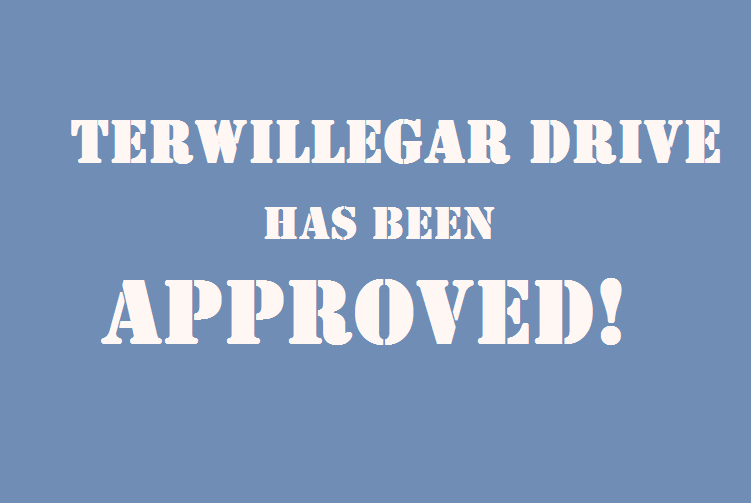 We did it. This project will move forward. Let’s put our eyes to the future and shovels in the ground!

In 1968, the year the home I used to own was built, there was no LRT anywhere in Edmonton. There was no Anthony Henday Drive. Whitemud Drive ran only from 149 Street to 122nd Street, with a single overpass at 53 Ave.

Since the first residents moved into Brookside, virtually every other corner of the city has seen significant transportation infrastructure improvements. If you were 30 years old with two school aged children when you bought your house in Rhatigan Ridge in 1983, your kids have now graduated and left home.

And Terwillegar Drive has not changed since the day you moved in. It is still a series of temporary roads. And yet, southwest Edmonton has grown more than any other quadrant of the City.

Four times since 2001, the City has considered improvements to Terwillegar Drive. Each time, those concept plans were developed using a limited-access, freeway-style design approach. The concepts were infrastructure intensive: bridges, ramps, retaining walls, lots of concrete. And lots of money.

Each time, expectations in our southwest communities were raised, and residents began to anticipate improvements to their transportation backbone. And each time, those infrastructure investments were not approved, primarily due to costs.

In January of 2018, community consultation once again began on the development of a freeway style roadway. This time, to keep costs in check, it was proposed that access ramps be eliminated at some intersections. And the affected communities, very loudly and very clearly, made it known that this approach was not acceptable.

Since then, Administration has developed a different design approach. An expressway design instead of a freeway design. A paradigm shift to a more practical approach.

This approach is less infrastructure intensive. It moves away from ramps and overpasses, and moves towards measured investments that meets the needs of the community today, while allowing for technological improvements that will enhance road capacity in the future. Because of that shift, this concept is far less expensive to construct, and will take far less time to complete.

In addition, this approach leaves room on the corridor to accommodate transit in a more meaningful, integrated way. It leaves room for an adjacent multi-use trail. Instead of just a vehicle focused freeway, we can construct a multi-mode transportation corridor, that will serve many forms of transportation and conveyance, while preserving room for future enhancements.

It has been 30 years since the first communities along this corridor were constructed, and residents have been waiting ever since to see investments come to southwest Edmonton.

This project represents a prudent, practical investment that meets the community’s goals without overspending or overbuilding.

And I’m honoured to be able to deliver the news that after City Council’s budget vote today, this project will now move ahead.

Thank you to my Council colleagues for recognizing this priority for the southwest and our City. And thank you to the countless residents of Ward 9 who have been both patient and tireless advocates for this much needed upgrade.

We did it. This project will move forward. Let’s put our eyes to the future and shovels in the ground!