The Future of Mass Transit in our City 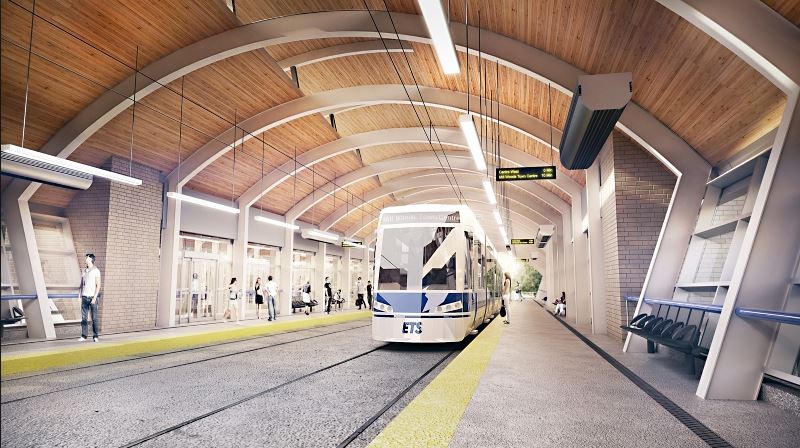 On Tuesday January 23, a motion that I developed related to the future of mass transit in our city will be debated and voted on at City Council.

The notice of motion concerns Bus Rapid Transit, or BRT, and the need for comparative capital cost estimates related to the build out of our transit network respective to both BRT and LRT.

While the motion is specific to the Valley Line LRT extension to West Edmonton, the information to be gleaned from this report will help to inform all future mass transit decisions in our city.

As a new City Councillor, I believe that it is incredibly important for us to have all of the facts and data required to make informed decisions about the future of our transit network.

We need a transit system that gets us the best value for our money, that considers how many Edmontonians can use a transit system, and we need to know how future mass transit impacts other commuters.

My intent with this motion is not to stall or filibuster future transit development for our city - rather, I want this information to allow us to be decisive in our action going forward.

Edmontonians expect City Council to make decisions on the future of our transit system based on facts and data, not intuition.

During the recent election campaign, many Ward 9 residents expressed concern that the Councils of the day did not have all pertinent information in front of them when LRT planning decisions were made.  Unfortunately, difficulties associated with the Metro Line have led to a level of distrust related to the future expansion of our mass transit system.

I am confident that with answers to the the questions asked in my motion, we can have the facts to ensure that mistakes made in the past will not be repeated.  We need to remember that not all of the advantage and benefits of LRT can be expressed in dollars; however, the answers to my questions combined with the information contained in the other reports due in mid-March will lead to a full debate of the different multi-transit modes available to us, in the context of the benefits they provide for the costs they incur.

Please have a read of my motion wording for yourself, and stay tuned on Tuesday for what I hope will be a successful vote for my motion.

That Administration provide a report on the Valley Line LRT extension to West Edmonton including comparative capital cost estimates for mass transit as follows;