Transit Redesign: The LRT is Holding Us Back

If you were going to design a transit system for a city with 1 million people, what would you think about?  Would you focus on people trying to get to school and work during rush hour, or on people that don’t have another way of moving around?  How much should users pay, and what if they can’t afford the fare?

What would be the next thing that you spend money on that would impact the most people every day?  Would it be a $2.4B single LRT line, or a less expensive Bus Rapid Transit (BRT) network like what’s shown above?

The Redesign & The Last Mile

This is the challenge presented to Edmonton Transit (ETS).  Transit ridership in Edmonton is around 13% - far less than other cities like Vancouver (40%) or Ottawa (20%).

ETS has spent the last 2 years looking at this.  They found that our current system isn’t achieving the outcomes it needs to and that we should not be putting any more money into the system as it is.

They also determined that the most significant factor in increased ridership is more frequent and reliable service.  People that can pay will pay for a service that has advantages over taking a car.

So ETS drew a new map to attempt to match resources to demands.  They took the same number of buses, hours and money and changed the route system: fewer routes and more regular service where demand is highest.  The thinking is that this will increase overall ridership and thus increase fare revenue.

But this also means that some neighborhoods with low demand (not enough riders for a fixed, regular route) will lose service, and that other newer neighborhoods that need service won’t get it.

To fill those “last mile” gaps, ETS is looking at “on demand” services, Uber stye, which are gaining significant popularity in places like Calgary and Oakville in Ontario, to name only two.  In places where there is low demand for transit, ETS is suggesting that we can request/order a ride in a large van.

Transit On-Demand Must Be Nimble & Adaptive

I have mixed feelings about this. I agree with providing more frequent service in high demand areas, and I agree with creating a nimble, adaptive on-demand approach for low demand areas.  This is consistent with matching the resource to the demand.

But, in order for on-demand transit to work, for it to attract and retain ridership, and for it to be a smart investment, the routes and vehicles for the entire network must be adaptive and be able to slip in and out of the on-demand areas and fixed routes.

We might see a periodic high demand for service in a typically low demand area: a neighbourhood that needs 2 or 3 large buses in the morning and in the evening, but where throughout the day the on-demand service with a small bus is sufficient.  In other areas we might see low but consistent demand that requires a smaller bus but more frequently. We should buy a number of different sized vehicles that can serve a multitude of service modes anywhere in the system. This again, helps match resources to demand.

And for me, that leads to a question of priorities: What is the next best transit investment?

For me, the transit priorities are clear: We should defer the west LRT indefinitely, and redirect those dollars to a better bus network including BRT. 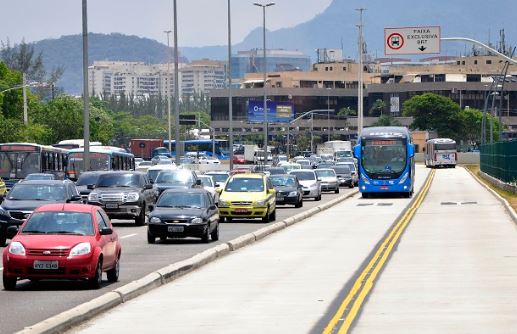 We should build a city-wide BRT system which incorporates innovative approaches like on-demand service.  BRT should extend from downtown to Lewis Estates, from the University to Windermere along Terwillegar Drive, from downtown to northwest Edmonton.  We should incorporate park and ride, to allow car drivers to begin migrating to a mass-transit system. We should invest in more reliable, convenient, secure, comfortable transit to the outer reaches of the city.  This is what Ottawa did, and they have the ridership that Edmonton wants.

City Council will be discussing this and many other fiscal priorities in the coming weeks.  I will bring a motion to Council next week that we defer our approval of the bus network redesign until our budget discussion in December so that we can discuss our transit system design within the context of all of our spending priorities.

As always, I welcome your input and feedback on these important discussions impacting our great city.