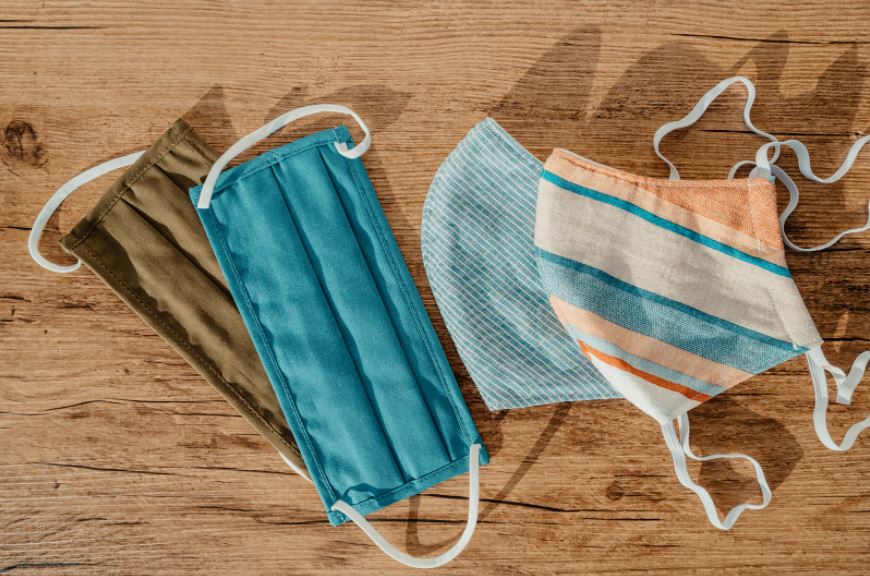 On June 25, 2021, City Council voted to “deactivate” its face-covering bylaw when the Province moved to Stage 3 of its reopening plan.

“Deactivation” means the face-covering bylaw still exists.  Should the province go back to Stage 2,  Edmonton’s face covering bylaw will automatically be reactivated.

I want to thank everyone that took the time to email or call my office. Some of you have expressed disappointment that I have not yet responded to your messages.  Every one of the hundreds of emails I have received has been read by me or my staff.  I am sorry for the delay, it will take time to get through them all, but every original message will receive a response.

In a representative democracy, one part of the role of an elected official is to represent the views of the constituents they represent.  In this case, our Ward and City are evenly split. And there seems to be little interest in listening to those with an opposing view.

Without definitive guidance from my constituents, I ultimately voted in favour of deactivation of the face-covering bylaw, because Dr. Deena Hinshaw and Dr. Chris Sikora supported this action.

Not only are they the subject matter experts, but they are part of the provincial government bureaucracy that has the mandate to manage our health care system - to keep Albertans healthy.

I know that this view frustrates some people because they don’t believe that the elected representatives of the provincial government are making good choices and that they are somehow imposing their views on the medical experts employed by the government.

I don’t share this view. Let me explain why.

I am a professional engineer.  I am trained, experienced and self-employed as a Civil Engineer.  Engineers are, by definition, applied scientists.  There are times in my role as a Councillor that I can rely on my knowledge and expertise to inform my vote.  Health science is not one of them.

As a professional engineer, I am governed by a Code of Ethics. For me to compromise that code - to offer a contrary view simply because someone in authority directed me to - is not something I would ever contemplate.  Every other engineer I know personally has that same view.  You cannot buy, you cannot threaten, you cannot implore me to express a professional opinion contrary to my professional knowledge and experience.

In their work for the province, Dr. Hinshaw and Dr. Sikora are applied scientists. They are governed by a similar code to protect the public good.  I simply cannot believe that they would compromise their professional ethics to satisfy a political imperative.

Those healthcare professionals have a massive Ministry to draw upon.  They have the ability to model the spread of Covid and predict what is coming.  They can draw upon the feedback of healthcare workers and healthcare facility operators to gain a far greater understanding of what the implications of relaxing restrictions can have.

The City has no such ministry. No one works for the City with that level of professional medical expertise, and Council does not have access to the in-depth analysis and information that the provincial Ministry of Health has.

Is it reasonable to deactivate the City’s mask bylaw?  His answer was yes.  He spoke of risk.  The concept of risk in this context is important.

I did not interpret Dr. Sikora’s comment to say that individual risk is now zero for everyone.  What I heard him say was, given the number of people vaccinated, and the much-reduced positivity rate of testing, and the much lower R-value, and the much-reduced number of active cases, that the risk of spread or outbreak is not significantly increased if the mask bylaw is deactivated.

I asked specifically if the deactivation of the bylaw would put unvaccinated children at heightened risk.  He again said no.

One of my colleagues presented a scenario where unvaccinated children and immuno-compromised persons found themselves in the presence of an unvaccinated, unmasked person.  Would they be at a heightened level of risk if the mask bylaw was deactivated?.  Dr. Sikora said no.

It means that the risk of contracting Covid is reduced to the point where MANDATORY mask restrictions are no longer necessary.

Given that Council has been willing to follow Dr. Sikora’s advice for the better part of 16 months, I see no reason not to accept his advice now.  Picking and choosing when you will accept a professional’s advice and when you will shift to some other advice is not good policy - it's politics.

Dr. Hinshaw has advised that masks remain mandatory on transit, in certain health care facilities, in taxis and ride-shares.  Wearing a face covering remains strongly recommended.  It remains one tool of many that are available to protect yourself and others.

In the context of province-wide versus city-specific restrictions, the province has the ability to impose different restrictions in different health regions, if they determined that was necessary.  For the City to impose a restriction in Edmonton that does not apply anywhere else in the region will lead to confusion at best, and complete disregard at worst.

Some have said that if I am willing to trust the provincial medical experts, I must have been okay with the second and third waves.

Obviously, that is not true.  I agree that the province was way too slow to act in the summer and fall of 2020.  That changed in November 2020 when the province did finally act.

I also offer that face coverings have been mandatory in Edmonton since July 2020, and we have had two waves develop.  Masks are not some sort of Covid panacea.

Each wave ultimately diminished after significant gathering restrictions - closing of restaurants and bars, reduced capacity of commercial operations, closure of fitness centres and schools. But I am not hearing anyone campaigning for a return to those measures, which clearly correlate to diminished spread, instead of masks, which do not correlate at all to eliminating the second and third waves.

Obviously, that is not what I am saying.

The province is exclusively responsible for health and education, among other things.  As an example, the City cannot decide where the next school will be built.  We can lobby and advocate, we can promote the voices of the communities we represent.  But to write a law that says the next school must be built here would be an overreach.

But if the province tried to trump City decisions on transportation, on open spaces, on zoning, that would be equally inappropriate.  Imagine if the province superseded Edmonton’s move to 40 kph speed limits. I predict that the public narrative would be for the province to stick to province things and leave city things to the City.

Imagine a scenario where the provincial government, perhaps governed by a different party, put into place a province-wide mask restriction, and the City superseded that direction by enacting a bylaw that made face coverings optional.  Would there not then be a considerable number of people telling Council to “stay in its lane” and leave health care to the province?

I think my job is to make the best decision possible, not to make decisions based on the politics of the day.

Some have said that deactivating the bylaw is leaving businesses to fend for themselves.  I have heard from businesses on both sides of this argument.  Some don’t want the bylaw, because they feel they are losing business. Others don’t want to set their own rule and then have to enforce it.  I see both sides, and again, there is no clear consensus on what serves most businesses.

Some point to the potential of the delta variant taking hold, requiring a return to restrictions.  I think there is a very good chance that we will be moving into and out of restrictions for the next several years.  I think it is better to relax restrictions when we can and reintroduce them when we have to.

The alternative is to leave restrictions in place until “Covid is gone.”  That day is not ever coming.

As hard as it may be to contemplate, we are going to have to live with Covid and its variants - to manage it, to adjust when it flares up and re-adjust when it subsides.  That’s going to mean more vaccines too - boosters of the existing, or different vaccines for new viruses in the coming years.  That means we are all going to have to accept that there will be more risk than there used to be when we visit public spaces.  And for those at greater than average risk, that means more than average caution.  As it always has.

And some have said, wearing a mask is a modest imposition to protect others.  I agree with that, and I will continue to wear a mask in public indoor places, in crowded places where physical distancing is difficult, and wherever and whenever people ask me to.  I strongly encourage everyone to take the same approach.

But that strong advice does not rise to a place where we should impose a law in an area that is the exclusive domain of another level of government.

I understand you may not agree with my vote on this.  I completely respect your views.  My goal here is to show how I have tried to take in all of the offered information in a measured, dispassionate, objective way before casting my vote.  This is the approach I try to take in all my Council work.

As always, your input and feedback is valued and appreciated.