LRT Investments are Coming: What Should City Council Do?

On Monday, June 1, City Council will determine what the next extension priority is for the LRT network.

There are two options:  1) extend the Metro Line north, from Blatchford to northwest Edmonton; or 2) extend the Capital Line South, across Anthony Henday Drive to Ellerslie Road, and possibly to the new hospital site in Rutherford. 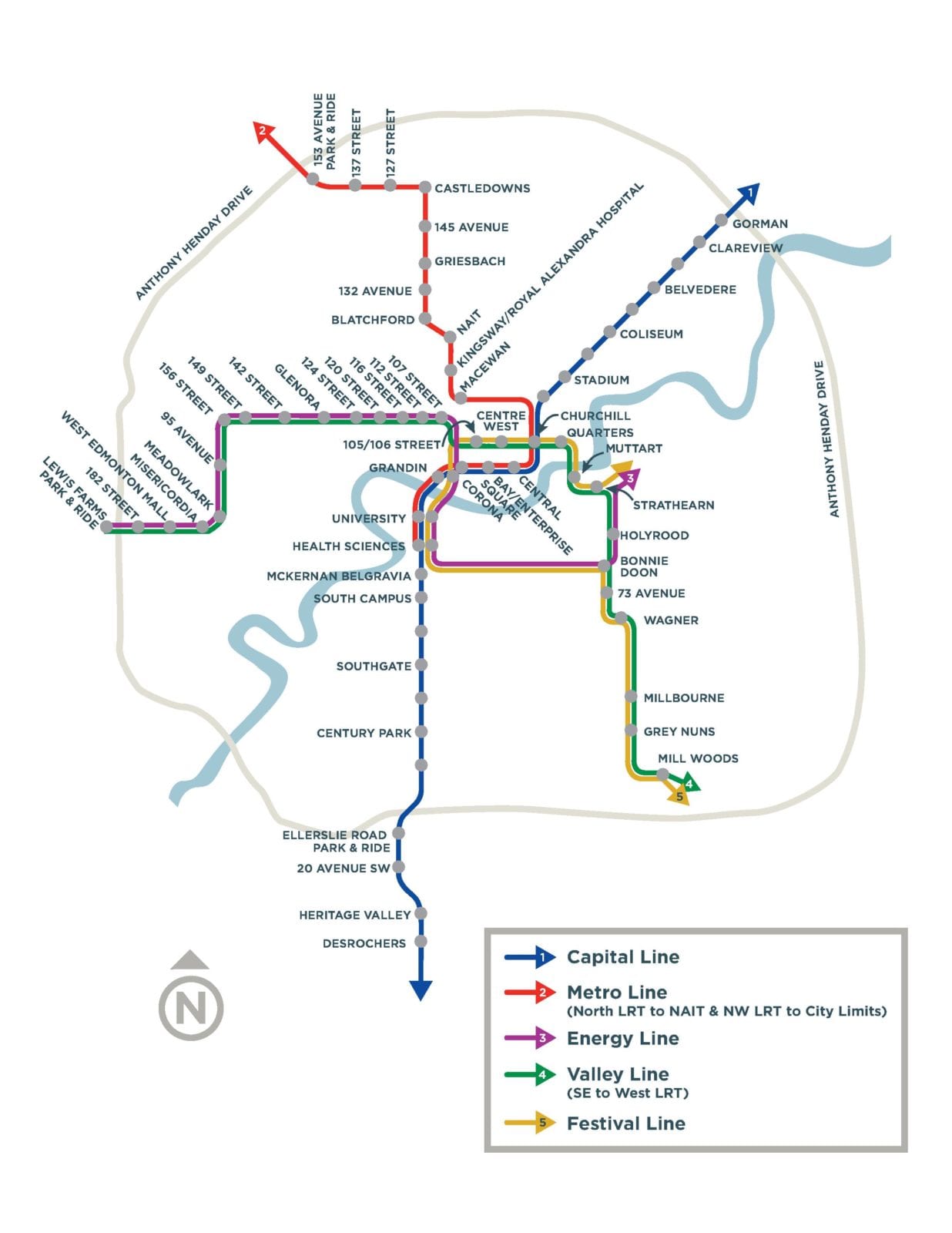 Because after the West LRT and Blatchford extensions, the City has not formally decided where the next extension should go.  There may be some remaining transit grants available from other levels of government.  And Council has heard that the provincial and federal governments want to invest in infrastructure investment to help restart the economy.  They want a clear understanding of Edmonton’s transit priorities.

The funding being discussed would be added to previous West LRT commitments - cancellation of West LRT is not an option.

Earlier this week City Council directed City Administration to provide a detailed analysis of City finances, in case a cash crunch later this year forces cancellation of some existing projects.  My first question is: How can I vote on Monday to spend more money on LRT - or anything else - until we have that financial analysis?

I also question if this money can be redirected to other investments.  Is there a better infrastructure investment to be made?  Choosing to invest in more LRT is a choice to NOT invest in something else - is this our best investment choice?

But it’s likely that these grants and stimulus investments will be transit specific. And stimulus money means investment in Edmonton, jobs in Edmonton, a boost to Edmonton’s economy.  In these very unpredictable times, we need to think about that.

There are other questions.  The City is struggling to provide even basic transit service right now, before we add the operating cost of the Mill Woods, West and Blatchford  LRT lines.  Will ridership levels return to previous levels?  Will our fare revenue go down?  Does it make any sense to talk about any transit expansions now?  Unfortunately, these questions are not part of the Council discussion.

You know my views about the West LRT project.  I firmly believe that the objectives of a low floor, low speed, tram-like LRT can be met with a Bus Rapid Transit (BRT) solution, at much lower costs.

I have made these arguments at Council, and a majority of Council has chosen fixed rail LRT.

This is unfortunate.  The combined funding of the West LRT and the presumed funding support for another LRT extension would pay for BRT service to northwest Edmonton, west Edmonton and southwest Edmonton along an upgraded Terwillegar Drive.  And would deliver a premium mass- transit network across Edmonton much more quickly than the LRT approach will.

Council must choose between the options on the table, so here are some considerations.

South LRT is very busy at rush hour.  Some riders have to wait for 2 or 3 trains to get on.  Does that situation get worse with a south extension? Would we need more frequent trains, or longer trains?

There are traffic concerns.  The big pinch point for the south LRT is the 114 Street - University Avenue intersection.  What would more frequent trains do to that intersection?  Will we need to add a grade separation for an expanded South line to operate effectively?

In spite of those issues, the south extension is the better choice.

Given that 75% of this line has already been built, finishing the south line checks a lot of boxes.

This is the high floor, higher speed line. This would extend the original line that complimented our transportation system - not the new, low-speed extensions that have confounded it.

The south line would go under 23rd Ave and over Anthony Henday Drive.  The traffic impacts would not be nearly as significant as other LRT pinch points.

Extending south gets the LRT to that new park-and-ride lot on Ellerslie Road.  The neighborhoods in Heritage Valley were built to be the highest density neighborhoods outside of the core.  They were designed on the basis that robust transit service would be provided.

If this was a discussion about the complete line, from downtown to Rutherford, I would not support it.  BRT would be the better way here too.  Like many Council decisions, this one involves making the best of a situation I wish we had avoided in the first place.

But we have to work with what we have already built.

On that basis, I am prepared to support South LRT as the next LRT priority.

But I am not prepared to support a spending decision to build it.  Not yet.  Not until we have a much better understanding of our financial health going forward.

I would appreciate your feedback.  These decisions are never easy, but they always benefit from the opinions of Edmontonians.  Please share this widely and let me know what you think at [email protected]