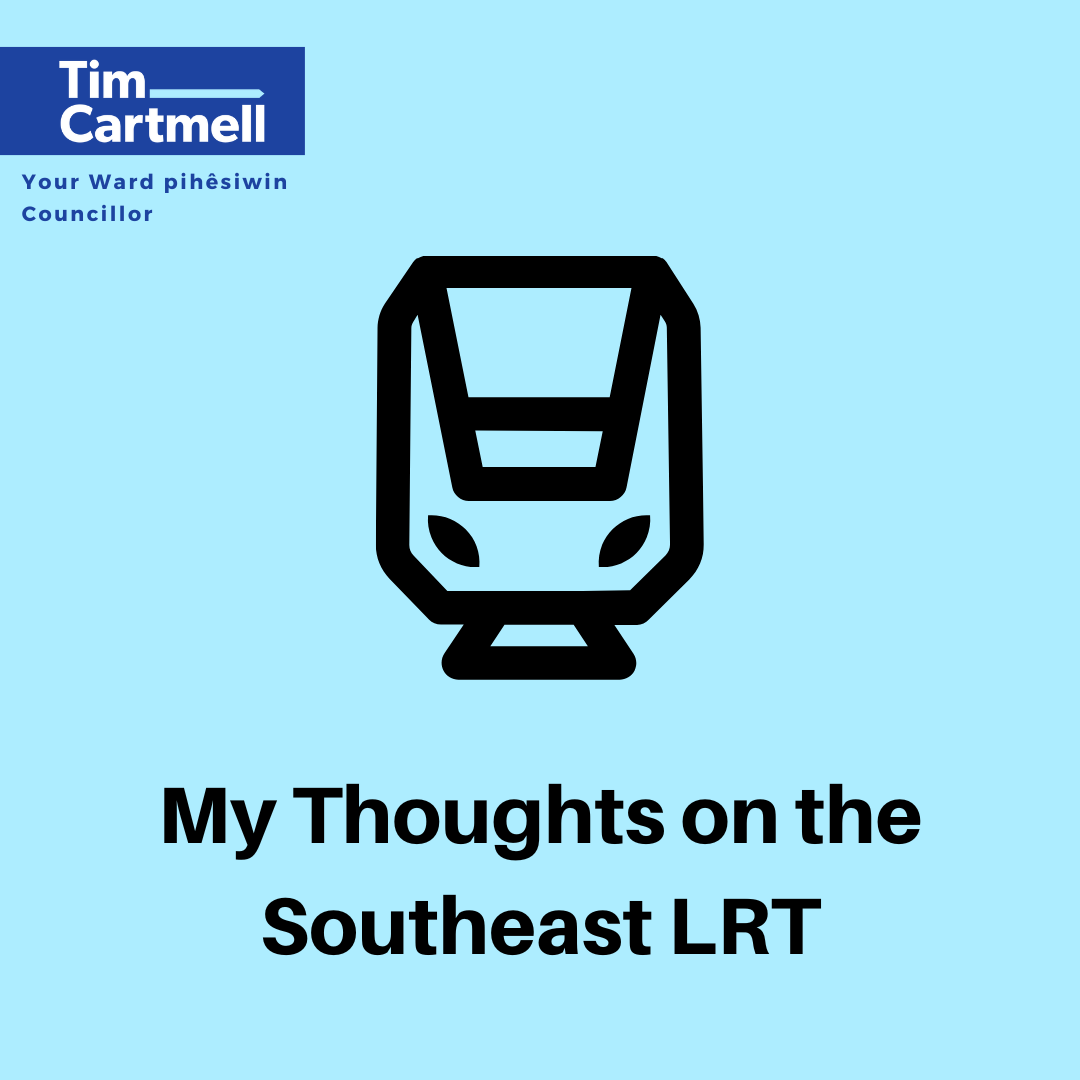 On August 10, TransEd announced that the Southeast Valley Line LRT would once again be delayed.  Like you, I was very disappointed to hear this news, and like you, I was left to wonder why it seems to be so difficult to build things in Edmonton.

Much has been made of the fact that this project was delivered as a P3 - a public-private partnership.  Under this form of contract, the City selects a contractor (TransEd) to design, build, operate, maintain and finance the LRT line. By contract, the responsibility to design and build the bridge supports was TransEd’s alone.

There are advantages and disadvantages to a P3 contract.  Some have said that under a P3, the City has less oversight, and that the contractor can therefore “cut corners.”  I disagree.  There are many reasons to have not used a P3 contract here, but design oversight is not one of them.

Every form of construction contract ultimately arrives at that place where an engineer has to put pen to paper and design a structure.  This time, something went wrong, and under the P3 contract, responsibility to correct the problem is crystal clear - TransEd owes us a proper bridge, and they need to fix the problem.

Under a different contract where the City had “more oversight,” those lines of responsibility would have been blurred. Who designed the bridge?  Who inspected it?  Who provided the oversight?  Who is responsible for the fixes?  If we were going to have a design problem, then this form of contract is preferred.

I do not like P3s for transit projects.  There are simply too many ways they can go wrong in the operation and maintenance phases of the contract.  As one example, TransEd will be responsible for the maintenance of the new transit vehicles, but those new vehicles will run on someone else’s tracks when the West LRT is complete. TransEd might try to argue that they are incurring increased vehicle maintenance costs due to some flaw in the west line.  Whether that is true or not, whether TransEd makes that argument or not, this is but one example of the flaws of a P3 contract in a transit system.  There are simply too many grey areas that will make assigning specific responsibilities difficult.

But right now today, on the SE Valley Line, we don’t have a contract problem, we have a design or construction problem.  And right now today, the P3 contract makes it very clear who is responsible for fixing this problem.  When making future decisions on contract strategies, it will be very important to keep this distinction in mind.