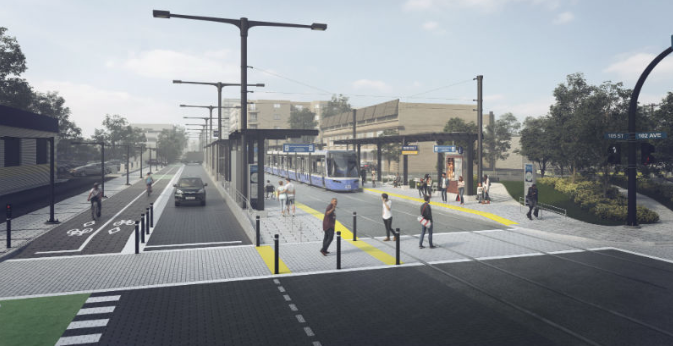 Make no mistake, I am a strong believer and supporter of public transit. I want to build a better transportation system for Edmonton. But as I have stated previously, there are issues with this project.

Last November I thought that proceeding with the West LRT project was not a prudent decision at this time and in this economy.  I have concerns about the route and the impact it will have on traffic. I believe that every investment in our transportation system should make the system better.  We should not sacrifice one part of our system to accommodate another. The West LRT route sacrifices parts of the roadway system we already have, that we have already paid for, to accomodate LRT.  No other LRT line in Edmonton results in significant loss of vehicle capacity on major arterial roads. And where lane capacity is lost along other routes, alternative roads are close by.

I am concerned about the lack of immediate ridership demand for West LRT, and the need for high density developments at each new station to increase that ridership demand.  I am concerned that we have not solved the challenges on the Metro Line, or those that may come on the SE Valley Line to Mill Woods.

But most critically, I am concerned about the cost of this project.

LRT projects cost a lot of money to build and a long time to construct.  Continuing to employ LRT as a mass-transit solution means that it will take decades to complete a fully-built out network.  And spending a significant portion of our money on LRT means not being able to build other things - such as a robust, dependable, efficient bus network.

In short, I think that a decision to proceed with West LRT is a decision to over-spend and under-deliver on this transit project. 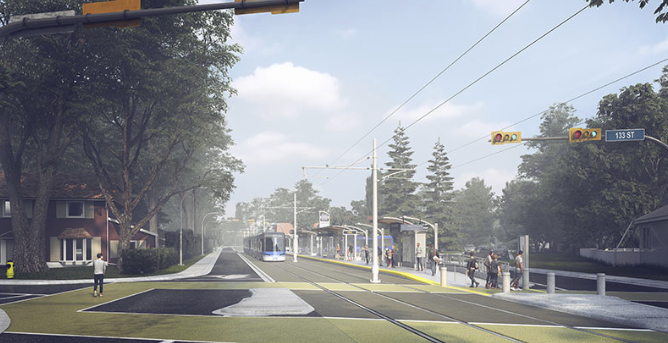 During the 2017 election, I suggested that Edmonton should consider Bus Rapid Transit (BRT) instead of LRT. To be clear, I am talking about true BRT: platforms with off-bus ticketing, dedicated lanes, and modern vehicles with lots of doors. I am not talking about old buses in shared lanes fighting with traffic. BRT is far less capital cost intensive than LRT, and I firmly believe BRT can deliver our transportation goals.

The West LRT line might have full vehicles at rush hour, but how many trains will be empty at other times of the day?  Is it better to add more buses on more routes around the city at the time of day that we need them, or to build one LRT route serving just a few neighborhoods with largely empty train cars most hours of the day?

Beyond that, the life cycle of an LRT alignment is 75-100 years.  Can we make a 75-100 year commitment right now? Or is it more prudent to adopt a 12-15 year BRT commitment, not make the mistake of over-spending on infrastructure, and see what technology brings?

Is a well managed BRT system really more expensive to operate than an LRT system?  Or is a BRT system cheaper to build, have comparable costs to operate, and a better choice overall? 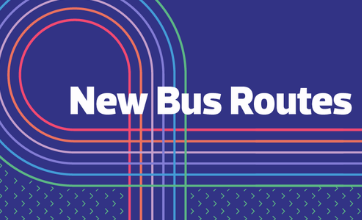 ETS has recently released their Bus Network Redesign, a plan to reconfigure all the bus routes in Edmonton.  Some neighborhoods will lose service. Others won’t get it anytime soon.  ETS is talking about first km / last km strategies, but those are years away.  Part of the problem is that the Transit Strategy assumes no increase to transit budgets.

During the January 22 Council Meeting, I brought forward a motion to evaluate the BRT option in place of the proposed LRT extensions. I felt that we should examine our spending alternatives and discuss our priorities before committing billions of dollars on LRT.

For instance, should we consider BRT instead of LRT, and invest the savings in our Transit Network Strategy?  Migrating to a BRT approach would allow us to save money and yet deliver one, comprehensive transit system that serves all neighbourhoods equitably.

Unfortunately, Council did not support this motion and voted it down 8-2.  And now my concern is that concentrating so much money on LRT routes will take decades to deliver, we are missing the opportunity to expand our bus network throughout the city, and to begin to develop our transit system as a convenient, viable alternative to private vehicles.

I think we need a discussion about what to spend money on: a better bus system or more LRT.

But before that, I think we should have a discussion about what we are spending money on: a better transit system, other spending priorities, or spending less money overall?

This is the prioritization discussion we need to have before making any more major spending decisions.

And that’s why, among other reasons, we need to defer the West LRT.