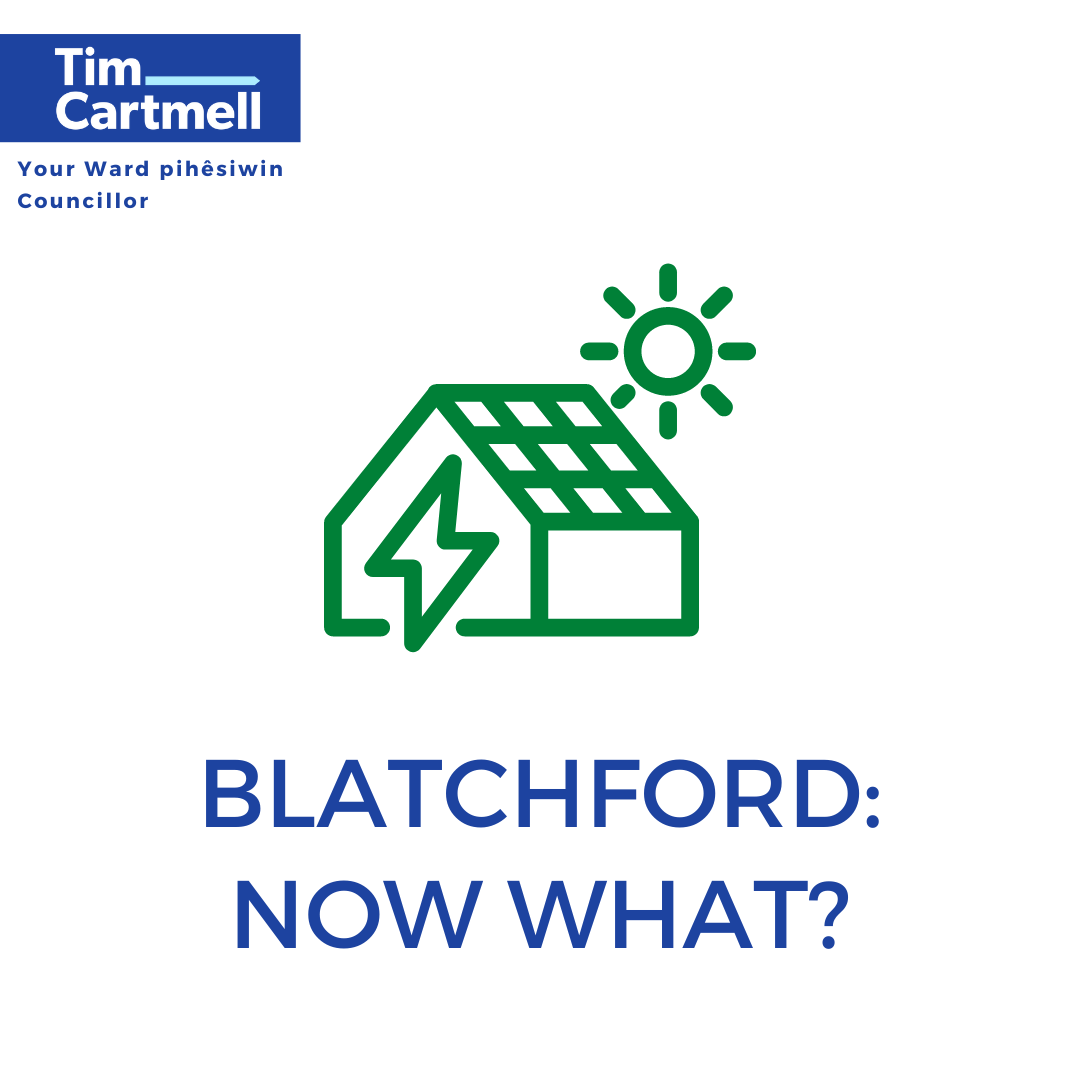 On June 7th 2022, I brought forward a motion requesting a City Administration progress report on land development at Blatchford.

On October 13, 2022, Administration provided that report to Executive Committee (EC). EC endorsed City Administration’s response, and - in essence - agreed that no changes were required to the Blatchford Business Plan.

I am not on EC, so I did not have a vote. I was in attendance and participated in the conversation.

To date, we have spent enormous amounts of money to subsidize the construction of a very small number of homes.

Those homes are relatively expensive, available only to wealthy families.

Those homes are mainly townhomes, while the majority of purchases in Edmonton want single family homes.

Those homes are so expensive, it’s likely development won’t accelerate, and it will take a very long time before the City sells enough land to make our money back.

And Administration has no intention of changing their approach to development in Blatchford.

What Occurred at the Oct 13th EC Meeting?

EC heard from representatives of the development industry, who provided the following insights:

Why are those homes so expensive?  Some builders say it's the requirement to attach to the District Energy system or to build Net Zero buildings.  Others say the high architectural standards drive the cost.  Some say the cost of the land is a cost driver.

EC also heard from City Administration, who stated that:

I sincerely hope that Administration is right, and we see considerably more development very soon.  What we all want is many more homes built much more quickly, and to see our investment repaid as soon as possible.

I stated publicly that I would wait and see what happens in the next year - because I don’t have a choice given EC’s decisions.  EC had the opportunity to send the report to Council where all Councillors could weigh in and vote. Instead, they chose to proceed on their own.

While asking for a report to make homes more affordable, EC also instructed Administration to NOT consider relaxation of the environmental, architectural and zoning restrictions that drive the very high costs of homes that are currently unaffordable.

Why ask for a report on enhanced affordability, but prohibit consideration of the very factors that reduce affordability?

What Does this Mean for Taxpayers?

In my previous blog, I outlined  how the City has spent roughly $278M to subsidize the 125 homes at Blatchford. Which is why I asked for this report, and why I asked for changes in the City’s approach to accelerate the pace and volume of development at Blatchford. I want to see the City recoup this investment as soon as possible - we can all think of things that $278M could be used for.

My previous Blatchford blog can be found by clicking here.

As I said in June, We need to considerably accelerate the pace of development in Blatchford.  In so many ways, we can’t afford not to.